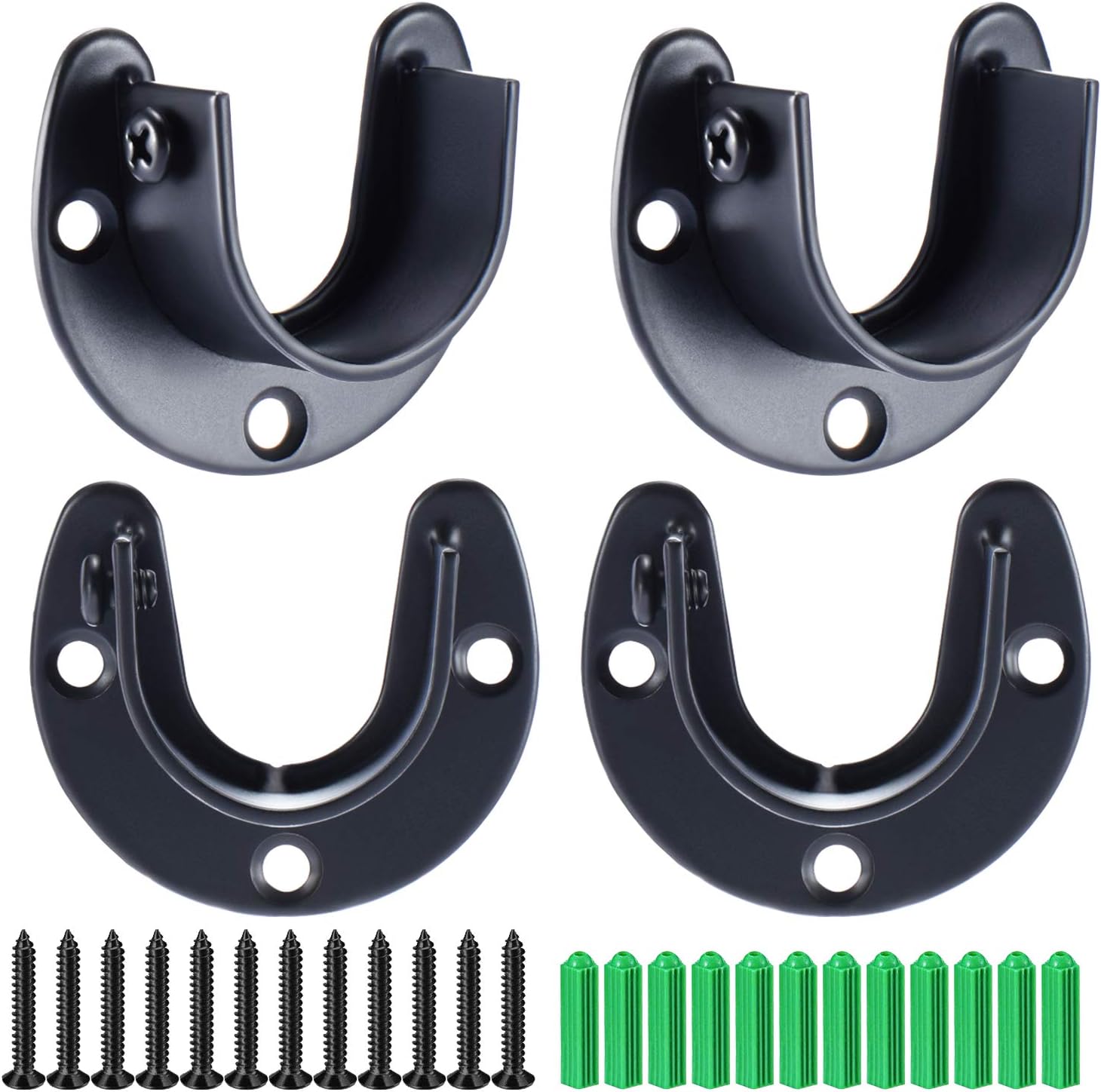 Features:
Made of high quality stainless steel, thick and rust resistant, making it more durable to use.
Available for: matches with clothes hanging tube up to 34mm(1-1/3 inch) in diameter.
Can be applied in a bathroomï¼wardrobe, balcony and a clothes shop to store or display clothes.

How to use:
Just drill guide holes, put in the dry wall anchors, and then screw the mounts into the anchors; The mount has a screw on the side to tighten against the rod so that the rod doesn't slide around. "br""br"Speicfications: "br"Size: as pictures shown "br"Material: stainless steel "br"Applicable closet rod size:up to 34mm(1-1/3inch) in diameter "br"Color: black "br""br"Package includes: "br"4 x Black open-lip sockets "br"12 x mounting screws, "br"12 x hollow wall anchors "br"4 x adjustable screws "br""br""b"Customer Service: "br""b"If you have any problem for our product, just contact us and we will help you and reply as soon as we can.