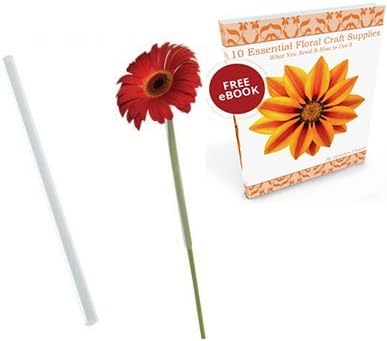 3/8" x 8" Gerbera Flower straws are used to slip around heavy headed flowers and bud to support them without breakage or drooping. Used with fresh flowers such as Gerbera Daisy, Roses, Lilly, and Dahlia, these tubes will prolong the look and health of your arrangements. Straws can be sliced open to be used with thicker woody stems to create dramatic floral creations. eGuide will be emailed upon shipment of your order.